Cath and Wren are identical twins, and until recently they did absolutely everything together. Now they’re off to university and Wren’s decided she doesn’t want to be one half of a pair any more – she wants to dance, meet boys, go to parties and let loose. It’s not so easy for Cath. She’s horribly shy and has always buried herself in the fan fiction she writes, where she always knows exactly what to say and can write a romance far more intense than anything she’s experienced in real life.

Without Wren Cath is completely on her own and totally outside her comfort zone. She’s got a surly room-mate with a charming, always-around boyfriend, a fiction-writing professor who thinks fan fiction is the end of the civilized world, a handsome classmate who only wants to talk about words . . . And she can’t stop worrying about her dad, who’s loving and fragile and has never really been alone.

Now Cath has to decide whether she’s ready to open her heart to new people and new experiences, and she’s realizing that there’s more to learn about love than she ever thought possible . . .

Cather and Wren are identical twins who have been raised by their father since their mother left when they were young. Having spent their entire life together Wren sees college as her chance to experience something new and be seen as an individual instead of a pair. Outgoing and full of vigor Wren wants to party and meet boys, whilst distancing herself from her other half. Wren surprises Cath before the semester starts by getting her hair cut into a different, shorter style and applying for halls without listing Cath as a room-mate.

Cath is as introvert as Wren is extrovert. She finds comfort in the familiar and would rather escape into her favourite fanfiction world than deal with real life. Having written fanfiction for Simon Snow since she was young, she has made a name for herself in the fandom. It is there where she thrives, feeling confident in her writing and the stories she builds for them. Cath has given herself a deadline to get her story complete before the eighth and final book in released.

The family unit is completed by their creative father Arthur (Art). Art works in advertising and is described as a marketing genius by his boss. Suffering from Bipolar disorder Art can struggle with his everyday life, getting into ‘manic’ episodes in which he doesn’t sleep or eat in order to get his projects complete. He is quite liberal with the twins, trusting them to make their own decisions in life.

Cath and the supporting cast

As Fangirl‘s protagonist, Cath is not looking forward to starting college. For the first time in her life, she has to tackle something without her sister at her side, as well as moving away from home, and her father. Making friends has never come easy for Cath, with all her school friends being Wren’s, everyone knew that Cath and Wren came as a package deal.

Cath’s room-mate is the no-nonsense Reagan. Older and confident, she is not the kind of person Cath has had to deal with before. The last thing Reagan wants is to look after a helpless freshman, especially one that would rather sit in on Friday night writing childish fanfiction.

Living with Reagan also brings Levi by default, Reagan’s high school boyfriend. If Cath thought having to learn to deal with a room-mate was hard, learning to get along with a guy who is constantly hanging around and never stops seeing the positive is impossible.

He was tall and thin and tan, and he looked like he’d just taken off a stocking cap, dark blond hair flopping in every direcion. Cath looked down at her room assignment again. Was this Reagan? 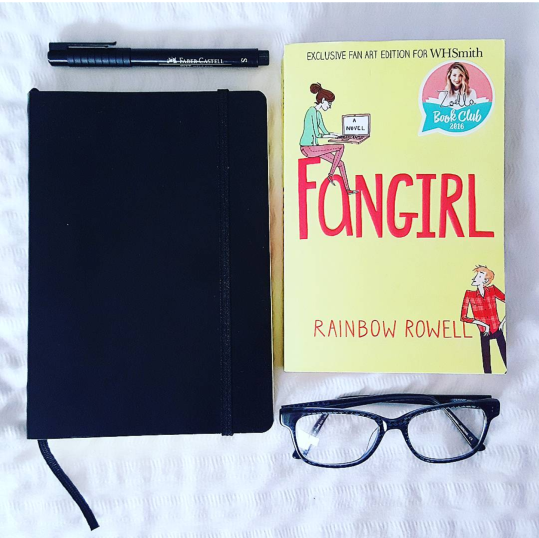 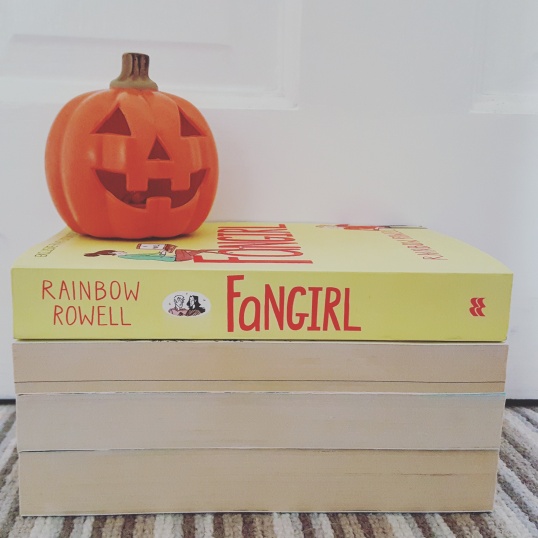 The Simon Snow series is the backdrop for Cath’s fandom, a fictional book series by fictional author Gemma T.Leslie.

At the start of our story, Gemma has released seven in the series, and the eagerly anticipated last in the series is on the way.

Simon Snow is quite akin to the Hary Potter series, it follows Simon Snow, an orphan who attends Watford School of Magicks. Simon, along with his friends are fighting to stop a great evil who hopes to rid the world of magic once and for all.

Simon’s room-mate is Baz, who faces a daily struggle of hiding the fact that he is a vampire, is Simon’s foe in every way. Despite this Cath has gained a large following with her fanfiction stories putting the two together in a romantic relationship.

Taking on a hectic schedule Cath has managed to be accepted on Intro to Fiction-Writing, a junior level course. Taught by a published author, Professor Piper, Cath is the only freshman in the class. With a flair for writing fanfiction, Cath is sure she can impress Professor Piper and is so excited to expand her writing skills in the class.

“Why do we write fiction?” Professor Piper asked.

Cath looked down at her notepad.

It is during fiction writing that Cath meets Nick, a fellow amateur writer. He and Cath quickly become writing partners, meeting weekly to bounce ideas off each other.

Whilst juggling school work, her fiction writing assignments and her personal Simon and Baz deadline, Cath finds herself struggling to get through everything she needs too. She certainly doesn’t need the added complications of suddenly being hyper-aware of every male on campus.

Fangirl could quite easily fall into the easy generic route of girl goes to college, and becomes something ‘more’ in a She’s all that kinda vibe. Whilst this book does give Cath room to find love, it is about so much more. Fangirl offers a great portrayal of someone struggling to cope in a new situation with an obvious anxiety issue. What Rainbow Rowell does well is not to turn Cath’s anxiety into the main point of the story, this isn’t about her trying to overcome it, or learning to accept it. This story is about someone coping with the day-to-day of being at college, branching out on her own and still trying to maintain a balance with her family life.

The Simon Snow ‘extracts’ which are splattered throughout the book allow you to get drawn into the world of Cath’s fanfiction, in fact, it makes you want more. I must admit being slightly disappointed that these weren’t books I could actually read.

I read Fangirl as part of the Zoella bookclub which was exclusive to WHSmith.

WHSmith included many additional things on their blog in relation to the books, some of

which I’ve listed below:

A deleted scene from the book: here

Hi, I’m Tali and welcome to my little nook. I have been writing in one form or another for my whole life. Join me on my journey through books.