The Sun is also a Star – Review

The Sun is also a Star – Nicola Yoon

Natasha: I’m a girl who believes in science and facts. Not fate. Not destiny. Or dreams that will never come true. I’m definitely not the kind of girl who meets a cute boy on a crowded New York City street and falls in love with him. Not when my family is twelve hours away from being deported to Jamaica. Falling in love with him won’t be my story.

Daniel: I’ve always been the good son, the good student, living up to my parents’ high expectations. Never the poet. Or the dreamer. But when I see her, I forget about all that. Something about Natasha makes me think that fate has something much more extraordinary in store—for both of us.

The Universe: Every moment in our lives has brought us to this single moment. A million futures lie before us. Which one will come true?

Natasha is a young lady on the verge of deciding her future, which college she should pick
and what she should major in. When her father gets pulled over for a DUI, leading to her families illegal status to come to light. She now has 12 hours left in New York City before they are deported to Jamaica. Natasha is determined for that not to happen, she hasn’t lived there since she was eight; it isn’t her home and she doesn’t speak with the slang or accent.

A lover of science and facts Natasha knows that there is very little to be done, but she intends to fight it until the last hour. When our story starts Natasha is refusing to pack, and on her way to an appointment at Immigration Services. She is desperate to find a way to appeal the

decision and keep her family where they should be, whether or not they agree.

Daniel is as opposite to Natasha as one can be, he believes in fate and love. An aspiring poet and all round daydreamer, Daniel is on the verge of breaking his parent’s hearts. Daniel’s parents are Korean and proud of their heritage, his older brother Charlie was their perfect child until he dropped out of Harvard. Now it is up to Daniel to fulfill their hope for a doctor son, one that can have everything they did not.

Daniel has an interview that will decide on his entire future with a Yale alum. However, events ensure that Daniel finds himself standing on the exact street that Natasha is walking down.

The two are thrown together; Daniel knowing that he needs her in his life and Natasha busy with other more important things. Daniel sets himself the task to convince her to believe in something that cannot be proven or measured, fate and love.

They decide to go through some of the 36 questions that lead to love and there lies Daniel’s chance to prove that they can indeed fall in love in 12 hours. As the 12 hours count down they move closer and closer to the deportation. 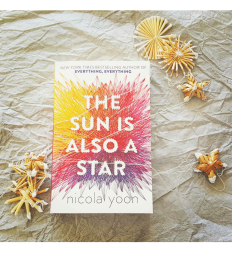 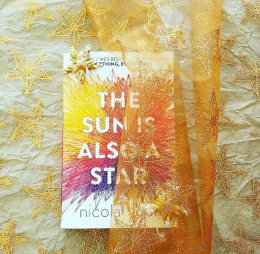 The Sun is also a Star is written from the viewpoint of both Natasha and Daniel, as well as a

It is written quite unlike anything else I have read before and actually flowed extremely well despite the intervals of the above.

How did we go from eyes as a survival mechanism to the idea of love at first sight? Or the idea that eyes are the windows to the soul? Or to the cliché of lovers staring endlessly into each other’s eyes?

Whilst the story is one of love, in some ways that are secondary to the butterfly effect that runs through it. The serendipity of the events and how they cause the future to change for everyone in the novel. Natasha and Daniel would never have met if 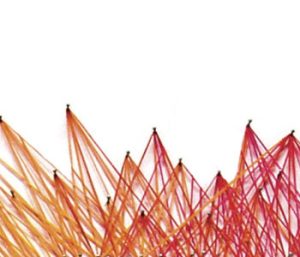 the circumstances leading them to together had happened in any other way. This flows through the book so well, in a subtle yet significant way.

Another thread which cannot be ignored is the race issue of Natasha and Daniel. This glares most when Natasha meets Daniel’s father and brother, the entire encounter is full of accidental racism. Despite New York City being a metropolis, multi-racial couples would still raise eyebrows in some neighbourhoods.

When I started this book I found it to be too fantastical, and couldn’t find Natasha and Daniel interactions together very believable. However at some point, although I cannot pinpoint when, the fate and butterfly effect of wrapped me up. I found myself counting down the hours with them, sharing the fear and nervousness they were also feeling.

I started this whilst on a plane and had excitedly finished it by landing 3.5 hours later. It didn’t take long to grip me and happily take me along for the ride.

This is a book of hope, the universe and above all, love.

I am thinking of comparing The Sun is also a Star and Everything, Everything, If you would like to read this, please let me know in the comments section 🙂